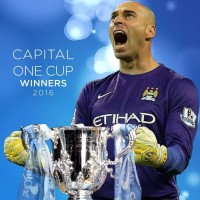 Everyone’s talking about our Willy. Maybe we should vote for a Big Willy statue strategically positioned at the West Stand?? Keeping Willy as keeper; Pellegrini’s word, his promise was more “important” than winning the trophy. If the ref had awarded the penalty for the foul on Aguero and we’d scored it then Willy’s opportunity to shine […]

Billy’s Blog – from the ridiculous to the sublime

The absurdity of the FA Cup to the awesome performance in the Ukraine. Rollercoaster? Blackpool Pleasure Beach; the Bobs (sleigh ride), the Revolution (loop-the-loop), Grand National (named after the race), Valhalla (Scandinavian heaven), Big Dipper (large Liverpudlian) have nothing on us and talking of Scousers, Sunday’s game shall see me hanging on to my seat […]

We appear to have set another record; the aggregate of the shirt numbers was the highest ever. Consequently, before the team selection was declared it seemed inevitable that we would concede any further involvement in this year’s FA Cup so I jumped aboard the Tardis and listened to the Alan Green commentary on the radio. […] 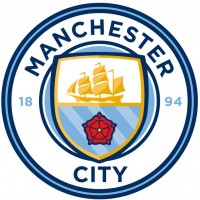 Our next Branch Meeting is on Tuesday 23rd February at Houldsworth WMC starting at 8.00pm (doors 7.30pm) and our confirmed guest is Dr Gary James. Gary will be doing a presentation on the history of the Clubs badges and as always, everyone’s welcome.

He ensures controversy follows him, people with little or no talent need to do this. Some wear a daft hat to get noticed, others shout and scream. Clattenburg has been suspended for longer than Craig Bellamy, a player he sent off when performing for City it would appear just because he didn’t like him. History […]