Post Rags and Next Norwich Dull deadlock as some described it, not me. I found it fascinating as two teams of almost equal ability sought to neutralise each other which they did successfully. Otamendi was awesome again with his MoM performance it shows where the balance of the game lay. Not the most entertaining for […] 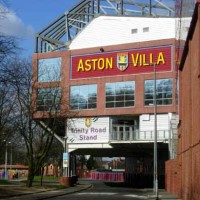 We are organising transport to Aston Villa on Sunday 8th November which leaves Houldsworth WMC at 9:30am and the cost is £15. If you want to travel with us then send an email to awaytravel@hotmail.co.uk and put “AWAY TRAVEL – ASTON VILLA” in the subject box.

1906-1921 the worst years of my life, purgatory in its true catholic sense and now I’ve got to go back there on Sunday. I’d rather be at the altar stuck into some mouldy old dough. Surely I can withstand 2 hours at OT having survived 15 years? Well, 15 years minus the war, I must […]

Liverpool 0 Sterling 3. Even without the murderous Sergio and Silva the Cherries were picked off with consumate ease. This time the spray passing was provided by the guns of De Bruyne and Otamendi (nice to get away with one, he could have walked early doors). It was so pleasant to witness the #togetherness as […]

Still pinching themselves. They play in our 1968 FA Cup winning shirts. Other things we have in common; Sylvain Distan, John Bond, Mel Machin and beating the Rags (FA Cup 1984, Harry Redknapp). Although the Cherries shouldn’t be a banana skin we need to remember they are above Chelsea, “But most of the league is” […]