Will the pundits mention that Everton scored after the ref failed to give a foul on Aguero? Will the media point out that City should have been awarded at least one penalty in the first leg and in a recent league game? No, it’ll all be about the ball being out of play for City’s […] 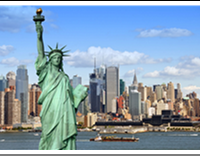 OK fellow Reddish Blues Members, ambitious I know but, how do you fancy a trip to NEW YORK? Yes NEW YORK (USA) taking in the sights such as  Central Park, Fifth Avenue, Ellis Island, Empire State Building and of course… Statue of Liberty to name but a few….and to watch our sister club New York City, Frank Lampard & […]

They scored from a throw-in. Ah well it happens. There was an element of Hartley’s about their first goal but for their second our defence was blowing bubbles in Slumberland (our next PL opponents). Two small games in between, Everton again where a 1-0 victory will take us to Wembley then in the FA Cup, […]

Pleasing to see Sergio as a Team Player. Instead of going for his hat-trick after doing lots of skilled work at speed he passed the ball to David Silva whose scoring chances were perceived as greater than his own. Top gun that Kun. Good to see Iheanacho start the match and that Delph hasn’t lost […]

Billy’s Blog – Everton to the Palace

Biggest cheer of the night, when it was announced that the trams were up and running. I heard it said,  “simple nailed-on nil-nil”. It’s a simple game; simply put the ball in their net more times than they stick it in ours. Simple, straightforward, uncomplicated, easy peasy lemon squeezy. Refs permitting that is. Sterling – that […]