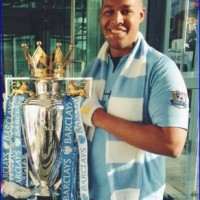 City fan Joseph Brown-Lartey was tragically killed in November 2014 by a speeding driver who ran a red light in Rochdale at 80mph in a 30 zone. Joseph’s car was split in two the impact was so severe, and he died instantly. He was 25 years old. Please read and sign the petition (link below) […]

PSG nickname The Parisiens, MU nickname the rags. PSG plays at Parc des Princes in lovely Paris by the banks of the Seine, MU turns out at the swamp in, well, Salford by the trolley-strewn tip called the river Irwell. Manager (ex-rag) multi award winning Laurent Blanc, MU manager mutant ninja turtle and so it […]

Penalty shootouts don’t you just love them? Maybe not all of them but 1999 and the awesome latest can’t get better. Roller-coaster stuff yet again from the magnificent Blues. We might not win every game or every game that we should but boy we are always exciting to watch. Even the League Cup warm-down (the […]